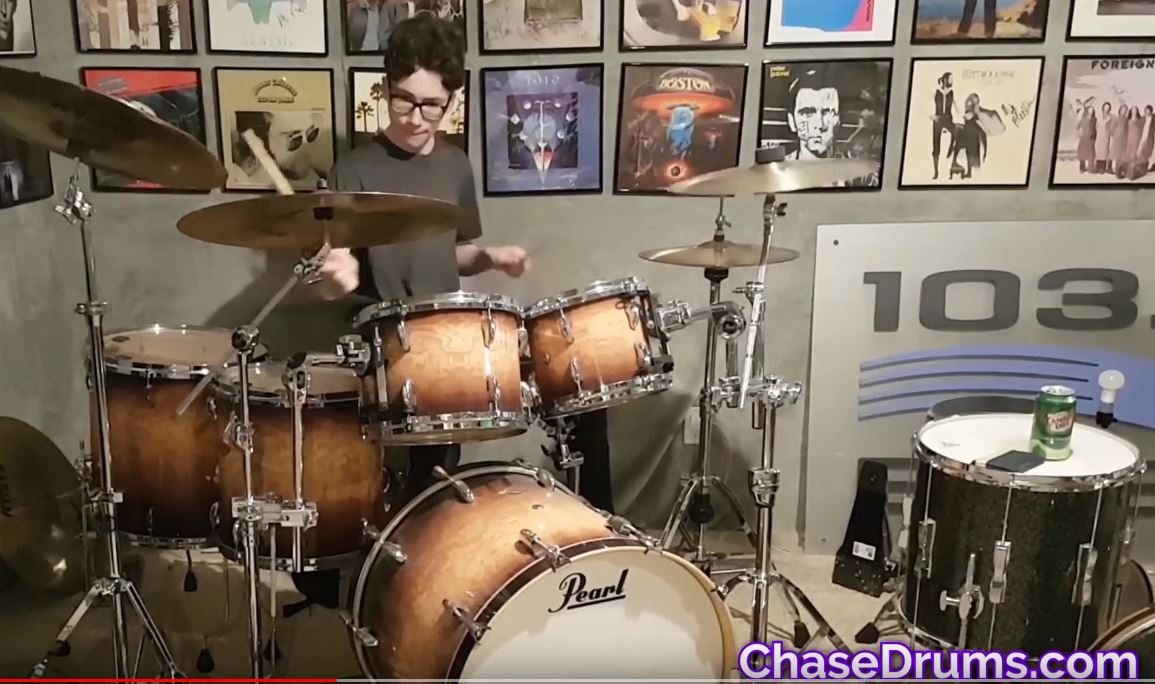 A few years ago I decided to not do any YouTube videos anymore. I just needed a break. At that time I had joined a band with some older kids but realized quickly that it was important for me to play the music that moved me. So here I am back at 14.

To be clear I never quit drumming at all…I practiced at least an hour a day everyday.

Here are a few openings that I’ve been fooling around with. First an unknown album track from Sweet’s 1975 album “Desolation Boulivard (the U.S. version of the album) It’s the one with both “Ballroom Blitz” and “Fox On the Run.” Their drummer Mick Tucker (who died in 2002) was an incredibly underrated player.

The last tune is Steve Winwood’s “Higher Love”…by John J.R. Robinson. I always loved his groove on Michael Jackson’s “Rock With You.” This is just me fooling around..slowly getting back into YouTube www.chasedrums.com