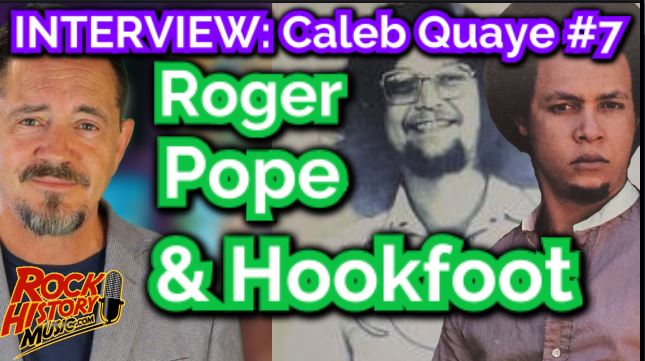 There are been more than a few underrated musician in the history of Rock and Roll and these are usually the musicians who don’t have their name on the front of an album cover. Former Elton John band members Caleb Quaye (guitar) and Roger Pope (drums) are certainly on the list that should get more recognition. Pope died in 2013 and we have his old friend Caleb praising those amazing drumming skills.

CHECK OUT THE VIDEO BELOW

It was the first album I ever bought and I have still have that exact copy. It was Elton John’s 4th studio album and the like it’s predecessors was moody, symphonic and brilliant. It also contained two signature songs from that era “Tiny Dancer” and “Levon.” It would be guitarist Caleb Quaye’s last album with Elton until “Rock of the Westies” four years later.

Let’s remember even though Hookfoot didn’t become a household name in England they certainly had a reputation.