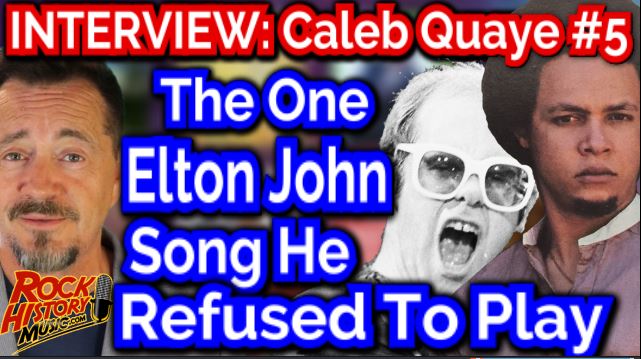 Guitarist Caleb Quaye has always been a big Elton John fan but it doesn’t mean he has to like every song Captain Fantastic has ever released. When Elton asked him to come back into the fold in 1975 there was one song that he was not interested in playing.

As we’ve mentioned in previous videos, in this series, Caleb Quaye was a big part of the Elton John band for the first four studio albums and two from the mid-seventies that most Elton fans know about “Rock of the Westies” in 1975 and “Blue Moves” from 1976. Before those two Elton released one of his most highly acclaimed albums, “Captain Fantastic and the Brown Dirt Cowboy.” It was an autobiographical account of the early days of Elton John and his lyricist Bernie Taupin. After it’s release, to everyone’s surprise, Elton fired longtime drummer Nigel Olsson and bassist Dee Murray. That’s when Caleb Quaye got the call to come back but he only joined on one condition.

FYI Olsson has been back with Elton for quite a few years now. Dee Murray came back in the 80’s but died in 1992. Davey Johnstone and Ray Cooper are also in the fold.