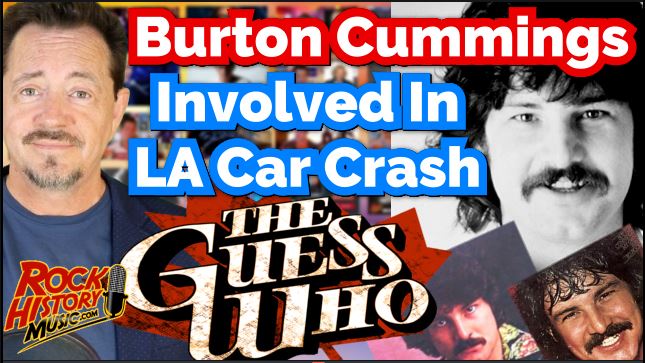 The former lead singer of the Guess Who was injured last Sunday by a driver who ran a red light. That vehicle had five occupants including a baby.

On his Facebook page he wrote that he has a “lot of physical pain” and needs some “serious healing time,” adding he’s “trying to focus on just how lucky” he is not to have been killed or crippled.

The singer says he’s been getting flashback of the crash since the weekend. He added, “I know I’m going to have to get some help getting over the shock. That’s the worst part right now … trying to keep telling myself that I’m okay.”

Cummings is 70 and was involved in 28 Canadian and 12 U.S. Top 40 hits. He’s released about a dozen solo album. He released his first solo album, after leaving the band, in 1976. His first two records went double platinum and #3 “Dream of a Child” went triple platinum.

He was in L.A. For jury duty but he was dismissed to sing the national anthem at the Winnipeg Jets Playoff game. – by John Beaudin