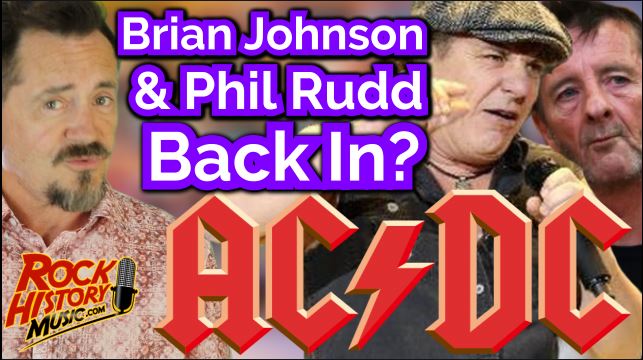 Brian Johnson and Phil Rudd Back In AC/DC?

UPDATE – ANGUS YOUNG HAS NOW BEEN SPOTTED IN VANCOUVER

A picture was snapped outside Warehouse Studios in Vancouver showing both Johnson and Rudd sharing A quiet moment. Is the picture new? Well they both look their current ages and Rudd and AC/DC guitarist Stevie Young were spotted together in Vancouver earlier.

Crystal Lambert who is a big AC/DC lives close to the studio and shwong with her buddy Glenn Slavens have been keeping an eye on the studios outside deck. FYI both Johnson and Rudd were on their last album from four years ago. Also on that album Stevie Young who replaced his uncle Malcolm Young who was then suffering from dementia – he died last November. Cliff Williams played bass and of course Angus Young, who is the last original member of the band and by the way there have been no site of him in Vancouver yet.

Rudd had some legal problems and was replaced by Chris Slade (who was with the band in the late 80’s/early 90’s) and Johnson had hearing issues and was replaced in concert by Axl Rose from Guns N’ Roses. – by John Beaudin