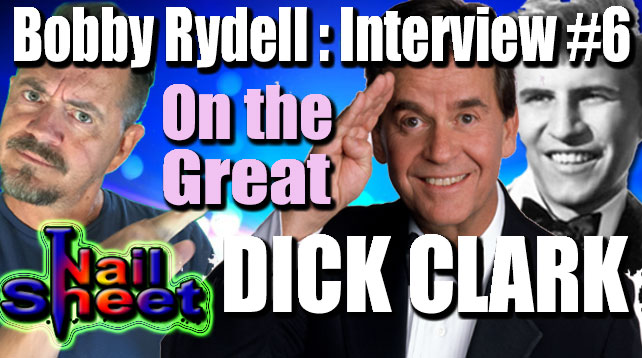 Check Out the entire video here

(#6) Bobby Rydell: How Dick Clark was a Huge Influence in His Life

When you’re talking a show like “American Bandstand” the influence is scattered to th four winds. Dick Clark was the longest running host on the show running things from 1956-1989). The program was also instrumental in helping the careers of many Philadelphia performers until production moved from Philly to L.A. In 1964. Bobby Rydell on Dick Clark. (Clip 006-C – 1:12) (Clip 006 – D – 2:00)