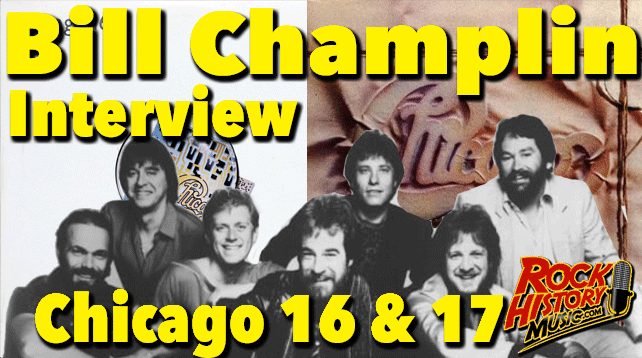 January 27, 2021 – Many die-hard Chicago fans say that the band died after original guitarist Terry Kath accidentally killed himself in 1978. Though by then Chicago was already releasing songs that rockers detested like, “If You Leave Me Now” (1976), and “Baby, What a Big Surprise”(1977).

Granted, the post Kath era was difficult for the band. Their first album without him, “Hot Streets” featuring new guitarist and vocalist Donnie Dacus did go Platinum but it was also the band lowest entry into the Billboard Top album Charts (#16) since their debut in 1969 (Chicago Transit Authority (#17). Also it was the first Chicago album not to have a single reach the Top #10 since Chicago III in 1971. Both “Hot Streets” hits, “Alive Again” and “No Tell Lover” were sung by long-time vocalist bassist Peter Cetera and peaked at #14. I would be remiss not to mention that I personally loved the project.

The following two album, Chicago 14 and XIV did not even chart a hit in the Top 40 but then came David Foster who essentially made Chicago sound like, well, David Foster. He would go on to produce their next three albums – all were hits. He also brought them back to the chart with, “Hard to Say I’m Sorry”, and “Love Me Tomorrow,” from Chicago 16. Then there was ,”Stay the Night”, “Hard Habit to Break”, “You’re the Inspiration”, and “Along Comes a Woman.” from Chicago 17. Foster would stay on after Cetera left for Chicago 18 which featured the hits, “Will You Still Love Me?” and “If She Would Have Been Faithful…”. In this video former Chicago keyboardist, singer and guitarist Bill Champlin talks about the vibe during these albums. – by John Beaudin

John Beaudin has been in major market radio (Edmonton, Vancouver & Calgary) for 38 years and a music journalist since 1989. He graduated from Broadcasting school as a newsman so he would have the skills to write about the artists that inspired him since he bought his first Elton John album as a teen. In the ’80s Beaudin was the host of the syndicated radio show ‚”The Cross Canada Report‚” which had two versions (Rock and A/C). Beaudin was also asked to be a judge at the Juno Awards (Canada’s answer to the Grammys) Twice. He has anchored every position in radio including morning and afternoon drive and was a Program and Music Director for The Breeze and California 103 in Calgary. He currently hosts an the evening show at Move 103.5 (formerly QM-FM) in Vancouver and on iHeartRadio.