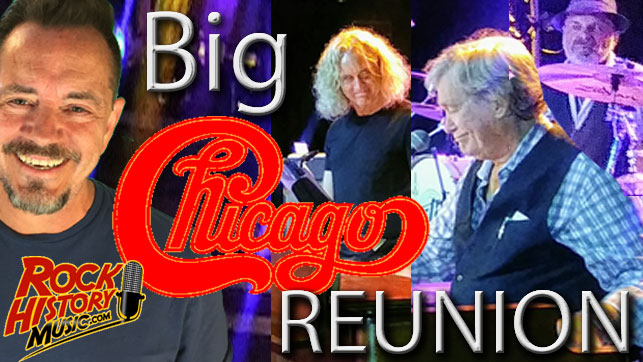 Chicago fans were pumped last night when three big former members got on stage together and to add icing to the cake former member of the doors also joined them! Great reunion in rock and roll are rare – this was certainly one of them! 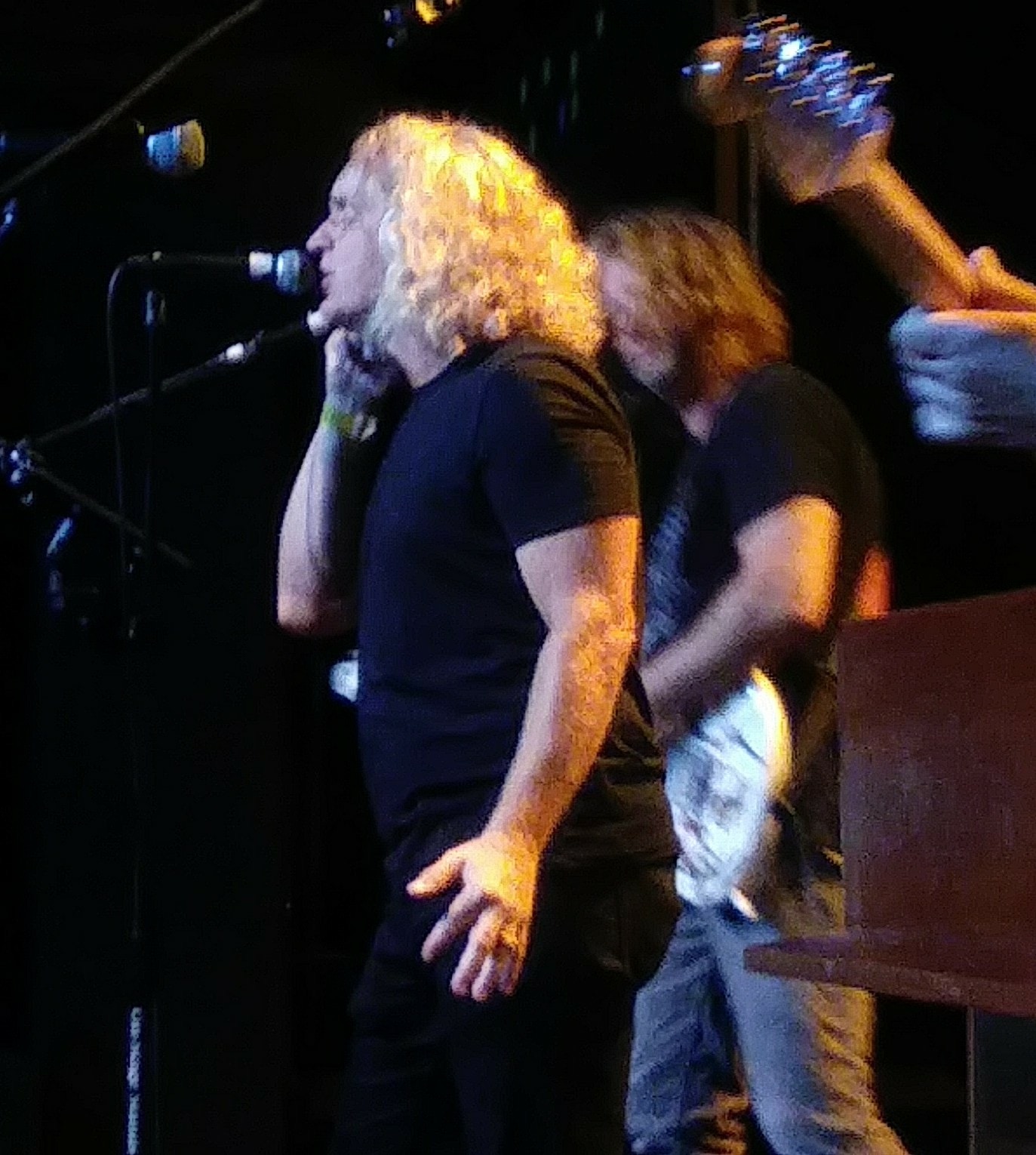 Well this doesn’t happen everyday! Of course we’ve all heard of he band CTA featuring Seraphine who was on those Chicago albums from their first Chicago Transit Authority up until Chicago 19 – he left in 1990 and Bill Champlin who was with Chicago from Chicago 16 in 1982 – their comeback project until almost ten years ago but having Scheff in the fold is pretty special. He replace Peter Cetera for Chicago 18 in 1986 and left a few years ago.

There they were on stage last night at the Rose Theatre in Pasadena, California and Bill Champlin’s wife Tamara shared video on her Facebook of them playing Chicago’s cover of Spencer Davis Groups 1967 hit “I’m a Man” which Chicago released two years later and their #3 hit ‘Hard Habit To Break.” Former Doors guitarist Robby Krieger also joined them on stage for the Doors the title to “LA Woman” from 1971.It was cool to see the rhythm section of Chicago back together.

Thanks to John Zaika who is buddies with Bill Champlin for sending us the pictures. He told me that Jason was there the night before for Danny who turned 70 on August 28th.

You know Chicago has only three original members left of the classic lineup vocalist keyboardist Robert Lamm, and two of the three from the horn section Lee Loughnane and James Pankow. So, as of last night, it was even but the band Chicago still has the name but if anything last night there were two different universes flying around. – by John Beaudin