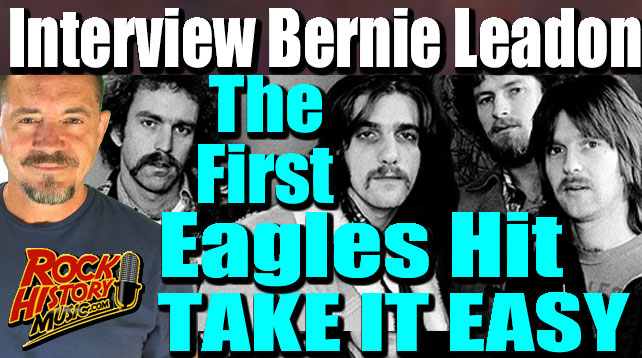 Interview Clip #3- What Bernie Leadon Did To “Take It Easy” The First Eagles Hit
July 19, 2019 – That first twang of the guitar for the hit “Take It Easy” is instantly recognizable. It’s the first song off the first Eagles album from 1972 and the first tune from the biggest selling album in U.S. History – “Their Greatest Hits (1971-1975).” “Take It Easy” was written by Glenn Frey and his old friend and Roommate Jackson Brown. Leadon being their biggest multi-instrumentalist I had to ask how much of the guitars in that song was him?

CHECK OUT THE VIDEO HERE https://youtu.be/hK6dNMF4MkU