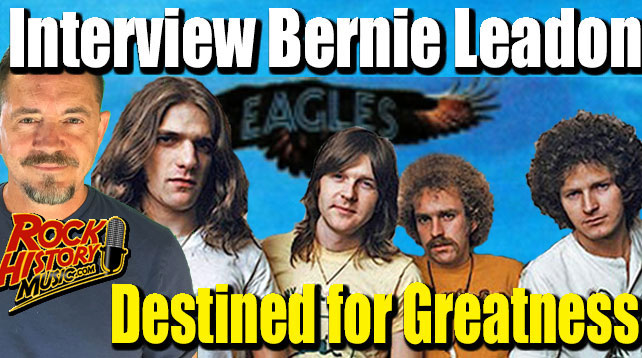 Clip #1 of 20- The Many Signs That The Eagles Were Destined for Greatness
July 5, 2019 – Bernie Leadon left the Eagles after four albums. Those four albums made up the biggest selling album in U.S. History – “Their Greatest Hits (1971-1975).” Sure their greatest album is considered “Hotel California” but the first four strong a foundation than any band could ever wish for in their wildest dreams. I told Leadon what Jack Tempchin had told me just a few months ago. Jack, of course, was Eagles’ Glenn Frey chief songwriting partner and wrote or co-wrote five eagles tunes including “Peaceful Easy Feeling’ and “Already Gone.” Jack said he knew the band had something great with that debut album. What about Bernie?

Go to This was a long interview with Bernie Leadon who rejoined the Eagles, as a special guest, for the first time since leaving the band in 1975 for the history of the Eagles tour from 2013-2016. Get set for Bernie Leadon to have our Friday spot for weeks to come. – by John Beaudin