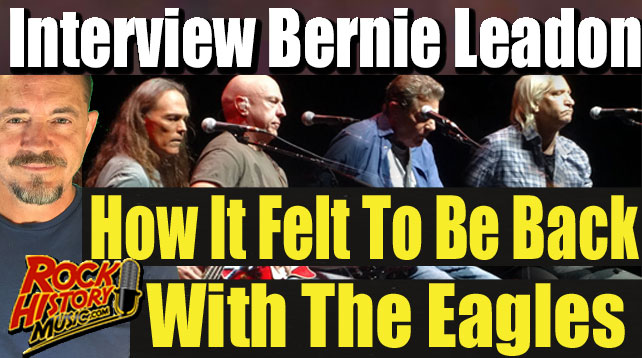 Interview Clip #14-Bernie Leadon On What It Was Like To Rejoin The Eagles Favoring 4-Piece Version of the Eagles
October 4, 2019 – He left in 1975 and only came back as a guest from 2013-2016 for the “History of the Eagles” tour. He was part of those first four foundational albums with the Eagles so we asked him what it was like being back in the fold.

CHECK OUT THE VIDEO FOR THIS STORY https://youtu.be/JJXBfigYXQg