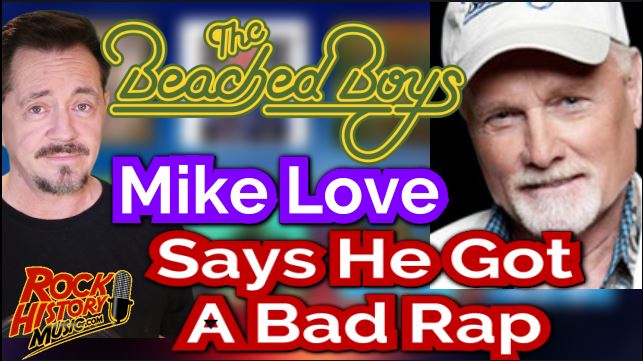 There are websites set up just to throw shade on the singer. Not to mention chat and Facebook groups set up to throw large stones at him. Something is going on. Most of it started in 1966 and the Beach Boys groundbreaking album “Pet Sounds.” So many report said that Love hated the project but the singer told Mojo magazine, “When we were in the midst of Vietnam and student unrest and the integration and all that. When I delivered the Pet Sounds album with Brian, Capitol records played it for marketing and marketing had no idea what to do with it. Carl Engemann, the A and R guy said, “Mike and Brian, this is great, but couldn’t you do something more like California Girls or I Get Around?” They wanted that same formula. And later on, years later, someone comes along and says, “Mike Love said don’t $%7% with the formula.” I never said that. And the negative &*$# that’s attributed to me about Pet sounds- Are you crazy? Whoever thinks that, you are a dumb %$#@. That’s insane. Listen to the tracks, the orchestrations, and the chord progressions, and everything else, and he vocals that we laboured on for hours and hours and hours. Doing 25-30 takes of the A-section of Wouldn’t It Be Nice- that’s when I started calling Brian, “Dog Ears.” He was listening for something, reached for something that was otherworldly. He was hearing something out of reach of most of us mortals. At one time he was unparalleled, unprecedented, and incredibly brilliant guy.”

Love adds, “Then came along LSD, and SMiLE….and all those hangers-on thought they were so hip and so cool bringing along the, uh, non-prescribed things, and…it destroyed him. If I had been a psychologist and psychiatrist, I might have been able to deal with it, I might have been able to help Brian, Dennis, and Carl better, but no- I was the son of a sheet metal worker and a mother who loved music. I was not prepared to deal with the impact of friends doing LSD, cocaine and heroin. We were reaching the point where we weren’t honouring commitments, and i had just had it.

We had a golden opportunity to be the worlds greatest group and we were destroying it due to all these destructive things.

Love goes on to say that he can trace all of this back to Murry and the upbringing of the Wilson boys and he made then feel like crap so they all self medicated in their own way. By John Beaudin