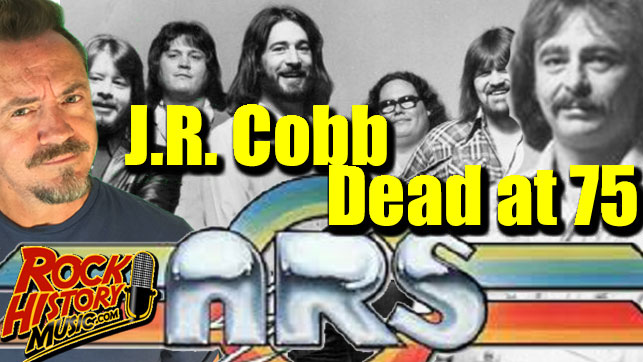 The guitarist was a member of two big top 40 bands. First, the Classics IV – Cobb would co-write their three biggest hits, “Spooky” from 1967 which peaked at #3, “Stormy” the following year which reached #5 and their #2 hit “Traces” from 1969.

A couple of the guys from Classics IV, including Cobb, later founded the Atlanta Rhythm Section. ARS, as they were sometimes called, had six Top 40 hits including their first “Doraville” from 1974, their two biggest, “So Into You” in 1977 and “Imaginary Lover” from 1978 which both peaked at #7, ‘I’m Not Gonna Let It Bother Me Tonight” also from 78. There was also “Do It or Die” and Spooky: from 1979. The latter was the same tune that Cobb co-wrote and recorded with Classic IV. The last hit for the Atlanta Rhythm Section was “Alien” from 1981.

The Atlanta Rhythm Section have lost a few members through the years most notably lead singer Ronnie Hammond who died of heart failure in 2011 – he was 60. Drummer Robert Nix died at 67 in 2012 and bassist Paul Goddard passed 2014 at the age of 68.

The band still tours under the same name with Dean Daughtry who was also in the Classics IV. – by John Beaudin