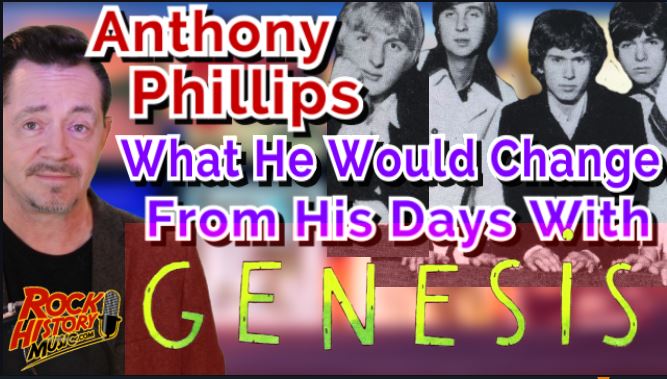 It’s a questions I ask most artists that I talk to – knowing what you know now what would you have whispered in the ear of your 18 year old self?

Anthony Phillips left Genesis after only two albums with the band. He felt that there were too many cooks in the kitchen but he mostly he had severe stage fright. So what would he change? CLIP