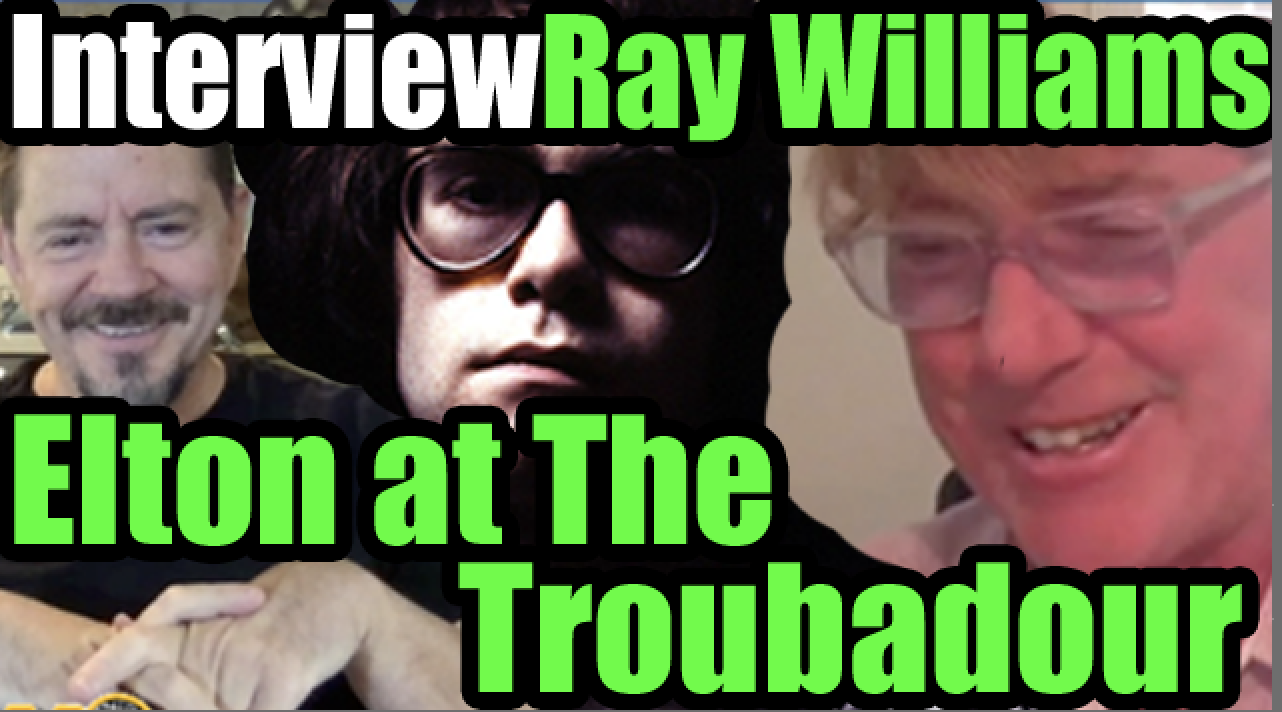 Part three of our conversation with the man who introduced Elton John to his songwriting partner Bernie Taupin – Ray Williams. This is a cool clip where Ray looks back at Elton’s famous 1970 Troubadour show in LA that introduced him to North America. As portrayed in the movie “Rocketman” Elton was nervous and looking back now Ray says he and the entourage could have handled things differently but they were young.

February 12, 2020 – Elton John’s North American concert debut was at the Troubadour in LA on Aug. 25, 1970. There were a lot of VIP’s in the audience including Quincy Jones. Leon Russell and Neil Diamond but the show almost never happened. Also, check out the latter part of the clip for an amusing story about how Ray Williams met Gordon Lightfoot. First I asked Ray if he ever shakes his head that all that hard work and luck created Elton John’s early career?

Ray Williams is the A&R guy who introduced Elton John to his songwriting partner Bernie Taupin in the late 60s.

Before that, he was a press agent for Sonny and Cher, Cream among others. He also was responsible for signing ELO’s Jeff Lynn to a contract with his band Idle Race and he managed Gerry Rafferty’s band Stealers Wheel who had the big hit, “Stuck In the Middle With You.” In the 80’s Williams became a leading film and TV music producer in Europe. H now runs the publishing/production company Crumbs Music. He was also portrayed by actor Charlie Rowe in the Elton John movie Rocketman. – by John Beaudin