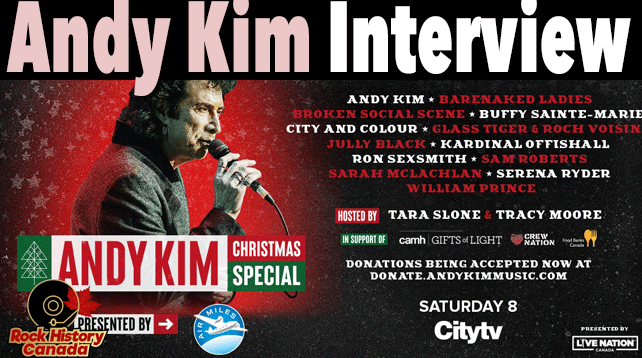 Andy Kim has been on my bucket list for a long time. This week we had a chat about co-writing the Archies “Sugar Sugar”, his big hit “Rock Me Gently” and his big charity TV special this weekend featuring Barenaked Ladies, Buffy Sainte Marie, Ron Sexsmith, Glass Tiger, Sarah McLachlan, Serena Ryder among other. This clip is mostly about the special, giving back, and his take on the meaning of life.

Watch it on the December 19th here https://www.livenation.com/exclusives/151/andy-kim-christmas-special-presented-air