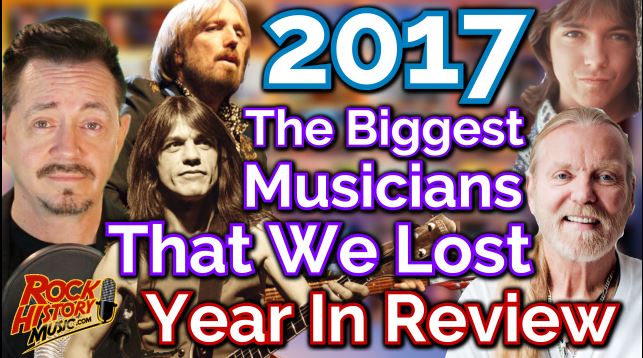 It was a tough year again in Rock and Roll. Losing Malcolm Young of AC/DC, Gregg Allman of the Allman Brothers, Tom Petty etc has got to hurt. Here is our “Year in Review” of the top musicians we lost in 2017.