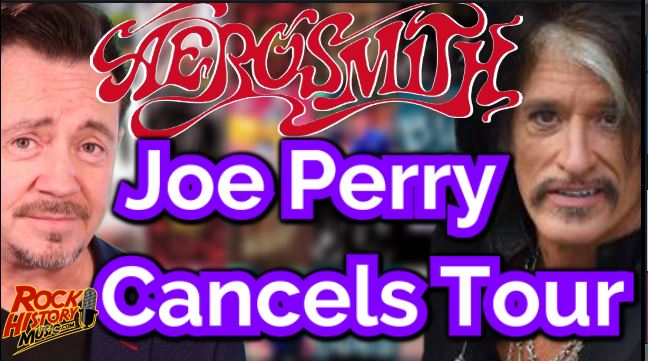 The good news is he’s OK. It was just 10 days ago when Perry got on stage with Billy Joel at Madison Square Garden when he collapsed after leaving the stage. His solo tour was going to start next week but now doctors orders have him taking the rest of year off.

A statement was released a few hours ago reading, “While doctors have released Perry from care, the Aerosmith guitarist will now take the rest of the year off. Perry again would like to apologize to the fans who were planning on coming to the shows and looks forward to seeing them again in 2019.”

There were false reports that he had died but what else is new. According to reports paramedics spent 40 minutes with him backstage as MSG after he pased out in the dressing room. They gave him oxygen and a tracheal tube was used to clear his airways.

He alsio collapsed, this time on stage in 2016 with his band Hollywood Vampires which also features Alice Cooper and Johnny Depp. They blamed that on “dehydration and exhaustion.”

Perry released the solo album, “Sweetzerland Manifesto.” and wanted to tour Extreme frontman Gary Cherone and his Aerosmith band mate guitarist Brad Whitford. That tour should start up again early next year. Aerosmith will be performing at the SuperBowl Music Fest in Atlanta on February 1stin Atlanta and the bands Las Vegas residency kicks off in April 2019. – By John Beaudin