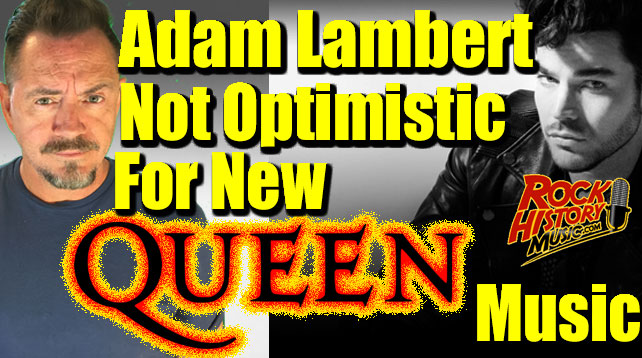 May 21, – It does not look like Adam Lambert and Queen will record any new music. In an interview with Hunger, “People always ask if we want to record together, and I’m not sure it makes total sense, because it wouldn’t really be QUEEN, because, to me, QUEEN is [late singer] Freddie [Mercury]. My favorite thing is collaborating and putting these concerts together and creating on stage — it’s super fulfilling and exciting. To present these ideas to these two gentlemen — especially when they like the idea.”

Asked how his experience with QUEEN has changed him as a musician, Lambert said: “I think the power of the songs is that their timelines — they didn’t really follow any trends; they experimented with different sounds and musical styles; they were fearless. I’ve always enjoyed that side of things — they are proof it works. Playing to huge audiences all around the world and seeing them sing along and understanding the power of music is transformative to a person. It’s uniting. Everyone sings along. It’s bringing an entire arena together, which, in today’s world, is pure magic.”