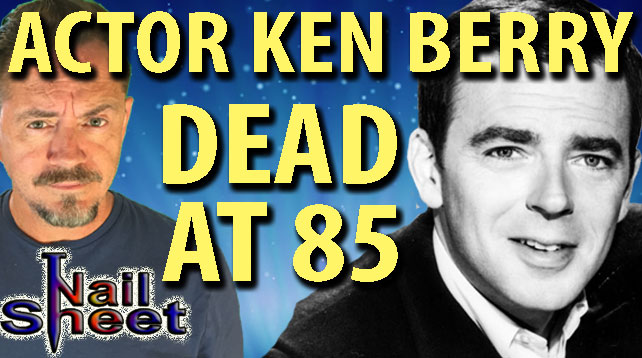 The multi-talented actor died yesterday. His ex-wife Jackie Joseph-Lawrence posted the news on Facebook
Berry played many very likeable characters. He could act, sing and dance. Before playing Captain Parmenter on “F Troop from 1965 to 1967 Berry did much TV including stints on the Ann Sothern show in 1960-61, Ensign O’Toole in 1962-63, Dr. Kildare from 61-64, The Dick Van Dyke Show in 1964.

He played a widowed farmer Sam Jones on “The Andy Griffith Show” which led to a spin off on “Mayberry R.F.D.” Berry was also on “Love, American Style from 1971-73. He had guest spots on The Brady Bunch, The Sonny and Cher Comedy Hour, Medical Centre, The Love Boat, The Life an Times of Grizzly Adams, Little house on the Prairie, Chips and many more. He was a regular on the Carol Burnett spinoff Mama’s Family in the 80’s and 90’s which also featured Vicki Lawrence and Rue McClanahan and Betty White

He also played comedic character on films like “Herbie Rides Again” and “The Cat From Outer Space.”

Berry was born in 1933 in Moline, Illinois and after seeing dancer in a carnival show at 13 he decided he wanted a life in show business.
It was actually Leonard Nimoy who was his sergeant in the U.S. Army who gave him a creative kick that got him a contract with Universal. – by John beaudin