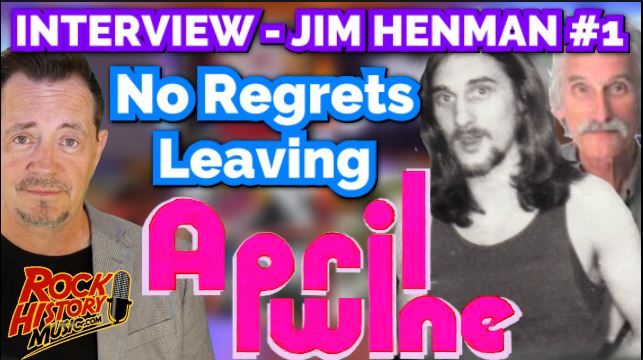 Jim Henman goes way back with April Wine Leader Myles Goodwyn. They were both in a band called Woodies Termites in the mid-sixties in Nova Scotia, Canada. Then along with Jim’s cousin David and Ritchie Henman they formed what would end up being one of the most successful and long lasting Canadian bands in history.

Jim Henman has a brand new tune called “Some of These Children” with 50% proceeds to Boys And Girls Clubs. We’ll tell you more about that in a second.

Henman left the band after only their first album – the self titled record with those feet on the cover. It featured their first hit “Fast Train.” Jim Henman wrote three tracks on that album and co-wrote another. He was also one of the lead singers for April Wine.

Some Of These Children was composed in response to the Stoneman Douglas High School shootings in Florida, USA since Jan 2018. 50% proceeds to Boys And Girls Clubs Of Greater Halifax, Released in memory of Jason MacCullough. Available at https://itunes.apple.com/ca/album/some-of-these-children/1387722863?i=1387722864&app=music&ign-mpt=uo%3D4

Watch the video for ‘Some of These Children.’ https://www.youtube.com/watch?v=h9j5I3zOtc8&feature=youtu.be

Look for more of our interview with Jim Henman in the next few weeks. There will be a link to his website in the description of this video. Http://jimhenman.com