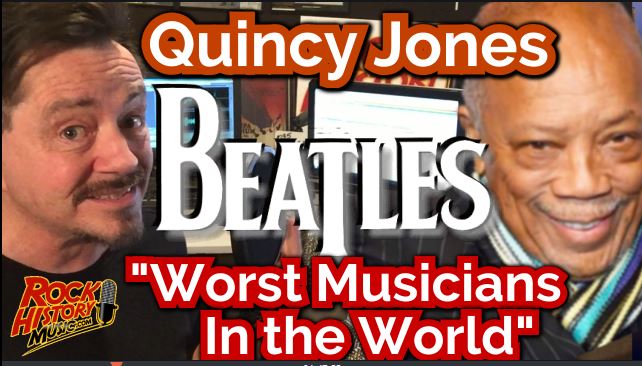 Quincy Jones is not a fan of the Beatles.

Speaking to Vulture he said, “they were the worst musicians in the world. They were no-playing mother$&@@$.. Paul was the worst bass player I ever heard. And Ringo? Don’t even talk about”

Jones arranged “Love Is a Many-Splendored Thing” from Ringo’s 1970 solo album Sentimental Journey. Jones says, “I remember once we were in the studio with George Martin, and Ringo had taken three hours for a four-bar thing he was trying to fix on a song. He couldn’t get it. We said, ‘Mate, why don’t you get some lager and lime, some shepherd’s pie and take an hour and a half and relax a little bit?’ So he did, and we called Ronnie Verrell, a jazz drummer. Ronnie came in for 15 minutes and tore it up. Ringo comes back and says, ‘George, can you play it back for me one more time?’ So George did, and Ringo says, ‘That didn’t sound so bad.’ And I said, ‘Yeah, mother$$@&$ because it ain’t you.’

Can one diss the Beatles that much? Are you in the minority’s if you do?

What do you think about what Quincy said. He’s got an opinion what’s yours?