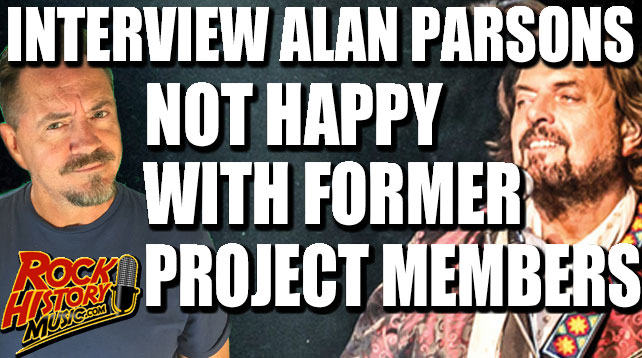 June 5, 2019 – Former members of the Alan Parsons project have just created their own band that was called “The Project – The Original Alan Parsons Project Bans” featuring arranger conductor Andrew Powell, saxophonist, and keyboardist Richard Cottle, drummer Stuart Elliott, keyboardist, and guitarist Dave Bainbridge, vocalist Lenny Zakatek and bassist Laurence Cottle. We interview Lenny, who sang on 12 Alan Parsons Project songs, last year. We will put links to those clips in the description of this video.

CHECK OUT THE VIDEO FOR THIS STORY https://youtu.be/QuS1JyE7pFk

Officially the Alan Parsons Project is not the same anymore since Eric Wolfson, Alan’s musical partner, died in 2009 and Alan’s backing band does not include any of the original members of the Project. So the former members we’ve mentioned want to still perform those old songs which I can understand the problem according to Parsons is the use of his name. (Clip 016)

We will have more from our chat on Alan Parsons next week. Check out our sister YouTube Channel “Rock History Book” for our exclusive interview with Alan as he takes us through every song on the album. There will be links to the video in the description of this video. Here’s Alan talking about one of those tracks “Requiem” (Clip 012) – by John Beaudin